Granite is a popular natural stone used for a wide range of construction applications. Many people think that granite tends to contain some kind of radioactivity while many completely ignore this declaration. However, it is necessary to know the truth as granite has been used in almost every construction, big or small, residential or commercial. So, let’s examine granite stone from a radioactivity perspective. 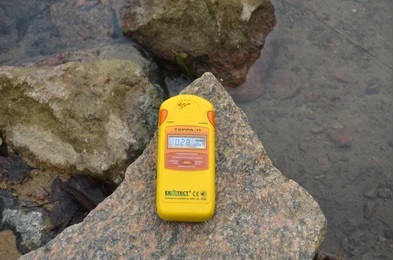 Granite is a hard, sturdy, pyrogenic rock that is immensely present in the Earth’s continental crust. It is medium- to coarse-grained and made up of different minerals, particularly feldspar and quartz. It differs in configuration and comes in a range of hues, largely white, pink, black, and grey. Considering its roughness and extensive distribution, it has been utilized as a construction stone since olden times. For example, granite was used in the building of some of the pyramids of ancient Egypt and temples in South India. At present, granite is primarily used as a dimension stone (stone comes in large quantities and is treated to get specific sizes) in buildings and monuments. Besides, given its strength and visual charm, it is widely used for kitchen countertops, cladding and flooring purposes.

The origin of granite

The word granite emerges from the Latin granum, referring to grain, the usual, coarse-grained structure for this kind of crystalline rock. From a geology perspective, granite is considered an intrusive, igneous rock. Igneous rock is the one that is formed when molten rock or magma cools off and hardens. The term “intrusive” means that the rock coagulated beneath the Earth’s surface after it was initially imposed into other rocks. The average density of granite is 2.75 g•cm−3 with a series of 1.74 g•cm−3 to 2.80 g•cm−3. 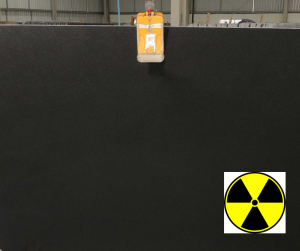 A large number of homeowners are progressively concerned about the grade of radiation they may be encountering from the granite countertops installed in their homes. Granite is an extremely popular material today for the construction of buildings and homes, particularly kitchen countertops because of its visual appeal, durability, and purpose. Some granite countertops have been found to emit high levels of radiation, mainly radon gas. This is a colorless gas that emerges from crumbling uranium. It is known to be closely associated with the risk of developing lung cancer. Is this treat based on scientific examination?

Radon gas is extremely hazardous. Research shows that is only next to cigarettes as the primary reason behind lung cancer. People that smoke is especially at risk because their lungs are already susceptible to the ailment. Children and developing fetuses are known to be when exposed to extreme levels of radon gas as well as other forms of radiation.

It should be kept in mind, though, that research into the heights of radon gas and radiation l from granite shows that granite does not place human health in jeopardy. While it is likely that a granite countertop that emits extreme levels of radioactive emission can put a person who daily comes into close contact with it for minimum hours, it is highly improbable. Some experts consider it less hazardous than airborne frequently, or spending a major amount of time in a basement or anywhere close to the ground where uranium is always existing in small amounts.

It can’t be totally denied that granite does have radioactive materials, a bit more than what others contain. Granite is the most widely found natural stone across the globe. It shapes as an outcome of magma cooling over hundreds of thousands of years under heavy pressure and temperature. According to the Marble Institute of America (MIA), granite is made up of various elements including uranium along with other radioactive materials including thorium and potassium. However, these radioactive constituents are usually present in such small amounts that they are insignificant. In fact, all-natural stones of any form contain radioactive materials. In spite of this, they don’t present a major threat to humans. Granite may present even less of a hazard as compared to marble or limestone, as granite is very less porous. Any uranium that may be prowling in its lowest point will have no chance to discharge any radon gas it emits.

Homeowners should also keep in mind that the absence or presence of radioactive discharges of any standard does not refer that they are safe or unsafe. The Nuclear Information and Resource Service says, “All life on Earth is exposed to and influenced by natural bases of ionizing radiation. …When a living being engrosses it, that person has got a “dose” of radiation….one radiation particle can cause significant damage to a single cell; that damage can even cause death while registering a dose to the total body of zero!” Even if you are facing higher than usual levels of radiation from granite, it does not mean that it is fatal. The fact is, no person really knows exactly how and what the outcome radiation can have on people.

The world’s leading producers of granite are Brazil, India, Italy, Spain, and China. Though China is counted among the biggest producers of granite, it is known to contain high levels of radiation. Radioactive isotopes of potassium and radium are present in most Chinese granite in extreme levels than granite obtained from other countries. Chinese chemist L. Xinwei and his colleagues claimed in 2005 that 6 leading types of the popular granite quarried in China contained more than the usual radiation limit for residential use.

Chinese export guidelines prohibit the selling of low-radiation granite overseas. In other terms, the higher, more hazardous granites that China will not allow to be used for their own homes — are shipped to other countries. China is exporting this radioactive granite at reasonable prices worldwide, according to the Solid Surface Alliance.

A study done by Professor W.J. Ilope of the Rice University of Texas in 2011 found that apart from hazardous radon gas, Chinese granite also possesses high levels of uranium. The study examined over 50 granites from China exported as building materials. He discovered that a few contained as much as 100 millirems of radiation, which is more than enough to cause severe health problems in humans.

As per the Nuclear Regulatory Commission and Environmental Protection Agency (EPA), a normal individual usually absorbs nearly 360 milliliter of radiation annually from manmade and natural sources. It is projected that folks that live in proximity to nuclear reactors get an additional 100 milliliter a year. A person gets an extra 3 milliliter of cosmic radiation in a flight from Los Angeles to New York. The EPA defines the safety limit for radon gas levels for residences at 4 epicures, which stances the risk for lung cancer similar to that of a half pack of cigarettes.